Sketch a Novel in an Hour Exercise 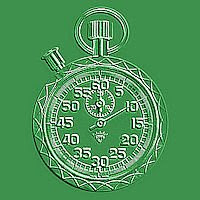 Other ways to use this exercise
This exercise is aimed towards helping you to create a straight-forward narrative story with a central protagonist. It can be used to help you in plotting a novel, a short-story, or anything in-between. But obviously, not every book will fit this mold. Here are some hints on other ways you can use this tool.
Multiple viewpoint novels:
For multiple-viewpoint novels, you may find it useful to run this exercise for each of your major characters. Doing so will help to give each of them an independent story arc, and will illuminate the various ways their individual goals and attributes may allow them to cooperate, or bring them into conflict.
The Villain's Story
Nothing will undermine a novel like an under-developed villain. Remember that in the villain's mind, they aren't a villain. They're the hero of their own story. Run the exercise from their viewpoint and learn why they choose to do the things they do. Evil isn't the answer you're looking for. Nothing will enhance your hero like a well-developed and interesting antagonist.
Non-Fiction
This isn't our idea, but believe it or not, we've had people we've taught at conferences report using this exercise on non-fiction book projects. Even more amazing, they've actually found it useful.
In order to make this work, I'd suggest using the subject, theme, place or person that you book will be about as the "character," and run things from there. Doubtless some flexibility is going to be necessary on some questions, but I can see how it could work.
If you try it, and find it useful, or have suggestions, please let us hear from you.
Good luck.
- Chris and Steve York


Did you find this article useful? Your donation, big or small, will encourage us to do more like it. Every little bit helps and is appreciated. Thanks in advance: Chris and Steve.