Twitter 101: A Beginner’s Guide for Writers (and Other Creative People)

Twitter 101: A Beginner’s Guide for Writers (and Other Creative People) 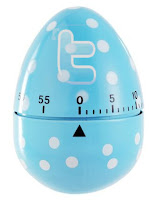 You shouldn't be obsessed with the numbers anyway.  Numbers aren't everything.  Quality of followers and the relationships you have with them is as important as quantity.  5 good followers are worth 5000 drones who read nothing and care only about building follower numbers for themselves.
Have fun, and I’ll see you on Twitter.  (Just don’t expect me to automatically follow you any time soon!)
- Steve (@JStevenYork)