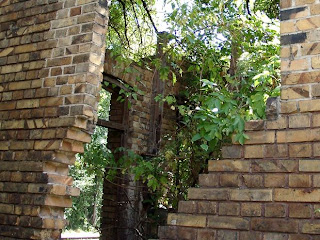 Steve: The publishing world was shaken this week by an announcement by New York Times best-selling thriller writer Barry Eisler.  Eisler has let it be known that he is walking away from a half-million dollar deal with a major New York publisher in order to self-publish his work.  Eisler's reasoning is that he could make more money, and actually make money faster, by going the direct route.

I'd heard rumors this was coming before it went public, and in a more general sense, I've known it was coming for years.  It was inevitable, given the way the economics of ebook and print-on-demand publishing that a major writer would one day look at the balance sheet and say, "why am I giving all this money away?"  The only question was, what writer would it be, and when?

Now we have an answer.

Quickly voices rose of from within the industry calling Eisler wrong-headed, misguided, a fool.  What they were really saying was that his actions represented a threat to the already fragile status quo on which their employment, well-being, or sometimes just illusions, depend.

But no sooner had this announcement started to sink in, no sooner had the responses begun on what it meant to publishing, when another stunning news item broke.  Self-publishing phenomenon Amanda Hocking, who is already selling hundreds-of-thousands of books every month, is reportedly about to cross the other way, to sign a seven-figure deal with a traditional New York publishing houses.

Many of Eisler's detractors have jumped on this story as vindication, or at least as proof that his decision was the wrong one.  Some news outlets have treated the second story as though it canceled out the first.  Nothing could be farther from the truth.

Far from canceling each other out, the two stories are sides of the same coin.  For most of the time I've been in the publishing business, a vast chasm has existed between traditional publishing and all forms of self-publishing.  Even just a few years ago I wrote some strong essays on the subject myself.

But things have started to change in recent years.  Increasingly good, cheap, and flexible print-on-demand publishing systems have been a factor, the but real game-changer has been ebooks, and the turn-key systems that allow almost anyone, with a little initial effort, to become a publisher, and with essentially no effort to continue being a publisher, allowing a self-publisher to quickly back to their primary job of being a writer.

But the stigma remained even as the growing ebook audience and increasing ebook royalty rates blurred the practical lines from the author's perspective.  Self-published books were inferior, shoddy, amateurish, tainted by the very fact of their origins.  They weren't real.


Maybe there was no longer a chasm between traditional publishing.  Maybe they ran in parallel, growing closer and closer until they were practically touching, almost overlapping.  But not quite.  There was still a wall, between them, tall, solid, and immutable.  Guards stood watch on its towers, and few had the courage to cross.  Certainly, nobody of notice made the crossing.

But both these stories, that of Eisler and that of Hocking show that not only is that wall breaking down, people of note are beginning to cross it.  And they're crossing in both directions!

They're the first, but they aren't the last.  As long as self-publishing offers a vast potential audience and generous return on sales, authors will find themselves drawn into small-source publishing.  And as long as print remains a viable means to distribute books, successful self-publishers will find themselves turning to the efficiencies and market penetration of traditional publishers.  And yes, as long as self-publishers appear who are able to demonstrate sales and access to an established audience, traditional publishers will cross over to court them.

For those who value the status quo, for those who fear change, there is no good news for you in Amanda Hocking's publishing deal.  Quite the contrary.

The wall has fallen.

(Since this was posted, it's been pointed out to me that the news of Amanda Hocking's deal may actually have broken slightly before Eisler's announcement went public.  Though it's rather moot to my point, I regret the error.)

If you found this article useful or informative, your contribution, large or small is appreciated and will encourage us to do more like it.  Thanks in advance!