Genre is the in Eye of the Beholder 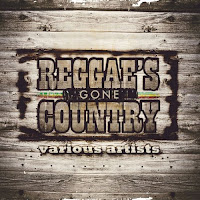 The other day I was listening to a story on NPR about the unlikely (to those of us in the U.S.) love of country music in the West Indies.  The story is plenty interesting on its own merits, but one bit of an interview with a Jamaican writer Colin Channer really jumped out at me.

He tries to explain his people never never shut country music out. He explains that when he was growing up, there were only two radio stations, and to them, only two kinds of music, "local," and "foreign."  They didn't recognize the various genres of American music, and simply picked the stuff that they liked (a lot of which turned out to be country).

That's a fantastic summation of how irrelevant seemingly solidly-defined genre categories, and this applies to publishing just as well as it does to music.  Genres are handles for marketing and organizational purposes, not something handed down from above on a stone tablet.

But because of that long-time bastion of popular reading, the bookstore (and the publishers catalogs from which those stores took their stock) they've taken on far more substance and importance than they deserve.  They've become not only labels to define what a book is, but also to define what it isn't.  Each genre has become its own, walled, city state, with its own leaders, its own awards, its own rules, and its own keepers-of-the-faith.

Some are more strongly defended than others. (Perhaps none more bitterly than science fiction, where purists will still point at Star Wars, with its space-ships, aliens, and ray guns, and sneer, "that's not science fiction!")  It's no surprise then, given human nature, that some of these genres have become ghettoized, isolated both from without and within.

But I don't think this is healthy for literature.  I don't think it's healthy at all, especially in that it leads to the impression that if a book doesn't fit neatly into a familiar genre category, it doesn't exist at all.  It's difficult to sell such a book to traditional publishers because "sales doesn't know how to sell this."  ("This is a good book," apparently never occurs to them.)  And even if it gets sold, and even if stores buy it ("we don't know how to sell this.") then it may go into a limbo where it is shelved in one (or sometimes multiple) departments where it is an uncomfortable fit, and where even readers actively seeking it will have trouble finding it.

As a recent example, a few years ago my wife Chris wrote a pair of novels using characters from the J.J. Abrams spy/fantasy/adventure/family-drama TV series, ALIAS.  When we traveled, we'd often drop buy bookstores looking for shelved books to sign, and depending on which chain and/or store we visited it could be found shelved variously in mystery, thriller, entertainment, young-adult, fantasy or general fiction.

On the other hand, there are publishers and writers with literary pretensions very nervous about being shelved as, or even described as, genre books, even when by every definition of the word they are mystery or fantasy or science fiction.

The most chilling aspect of this genre isolationism is that it enforces an idea that the various genres define all the stories that are possibly (or at least worth) telling, ignoring the fact that the genres are like polka-dots on a pillowcase, covering less area that the white areas that surround them.  Countless potential stories go unsold, unwritten, unconsidered, simply because they don't fit in someone's clearly defined circle.

You might think this doesn't apply to fiction genres, but it does more often than you think.  Many genres and sub-genres are strongly associated with women, to the extent of being minimized and ghettoized from the outside.  Romance is the obvious example, but the Cozy Mystery sub-genre also comes to mind.  Women like it, ergo it must be "trash," not "real literature," and have no possible interest to male readers.  Not that these genres don't produce fine books, and not that men can (and don't) enjoy these works.  But the stigma associated with them drives many readers away, and often makes those that partake secretive about their reading habits.

Likewise, there still a race line in books.  Books overtly written by black authors, and especially those obviously featuring black protagonists, are often seen a "black" books, to be reviewed and celebrated perhaps, but mainly of interest to black readers (or to white liberals who are often more interested in displaying the unread book as a symbol of their openness, than actually reading them).  And the flip side of this is that a book with an overtly black protagonist, especially if it deals with matter of race, can suffer a kind of reverse discrimination if it is written by a white author.

And I've already talked about the form of literary snobbery that considers true literature above and separate from all forms of "common" genre.  This is an extension of intellectual elitism, which is in turn an extension of the English and European class system.

But story does not know of class and culture.  Story is story.  Later in the NPR interview, writer Channer says, "I think a good story is a good story.  And Kenny Rogers is a good storyteller."

And ultimately, that's all that matters.  Genre should exist to help us find books we want to read, not to hide those books from us behind arbitrary walls.


If you've found this post interesting, informative, or useful, please share the link elsewhere, and consider leaving something in our tip jar below.  Doing so will encourage us to do more posts like it in the future.