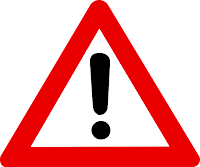 I've been in this storytelling business longer than I care to remember, and I've seen many comrades along the way come and go.  You could credit this to a million individual stories that seem to have nothing in common.  Business downturns.  Failed books.  Lagging series.  Crooked agents.  Bankrupt publishers.  Money.  Health problems.  Family problems.  Lack of sales.  Imploding genres.  Failed magazines.  And on, and on, and on.

But mostly all those stories come down to one story:  Somebody had, for one or more of a huge variety of reasons, a failure.

And they gave up.

Now, you could say the reason they gave up was failure.  But you would, nine times out of ten, be wrong.  I know this from experience.  What stopped them was fear of failure.  Fear of failing again.

I look at this myself, and I'm not always happy at what I see, and where I am as a writer.  I've published a lot of books and stories.  I'm a national best-seller twice over.  But I'm not a household name.  I'm comfortable, but not rich, and not as secure as I'd like to be.  I've sure not written as much as I'd like to have written, and certainly not as much as I could have written.

But the difference between me and those other folks is that, while I've often spent far too long laying in the mud, looking up at the sky and feeling sorry for myself, I've always eventually gotten up, dusted myself, and trooped on.  And every time I did, it was with the full knowledge that I was going to fail, again.

First of all, my friend Dean Wesley Smith just did a post in his "The New World of Publishing" that touches on this subject from a somewhat different perspective, and in a much broader publishing context.  But I'm going to keep this simple and direct (which I think, ironically broadens the application of what I'm saying to a whole range of endeavors beyond writing and publishing.)

The second thing was a list on THR, the Hollywood Reporter web-site, of "2011's Biggest Rule Breakers."  What interested me most was entry #9, George Clooney.  Here's what it said:

Nominated in actor, writer, producer and director Golden Globe categories for his work in The Descendants and The Ides of March, Clooney still admits he's "afraid of failure."

Clooney told THR, "I failed so many times, I have a much better understanding of the journey. It's how you handle the down part [that counts]."

That's what I'm here to talk about, Clooney's "understanding of the journey."  Clooney knows, like me, that failure is inevitable.  He also knows that sad truth that all of us who have made the journey have discovered: there is no magic point, no level of success, at which you're immune to failure.  Remember that Clooney is a man who, having already achieved Hollywood stardom, headlined the movie that tanked the monster (a fair chunk of a billion dollars at that point) Batman franchise!

That one film would have been a perfect career killer, and for many an actor, it would have been.  But here's the thing, when you say the name "George Clooney" to a random person on the street, a lot of things may pop into their mind.  But it's highly unlikely that thing will be, "oh, that guy who killed the Batman franchise."  In fact, you probably were reminded of this fact only after I mentioned it, and most likely, the memory created a momentary feeling of surprise.  Probably you thought something like, "oh, he was in that turkey, wasn't he?"  Then you will chuckle, and start thinking in terms of Clooney's many accomplishments, nominations, and awards since.

How did this massive failure turn into a relative footnote in a distinguished movie career?

Well, the first answer is that George Clooney didn't give up.  As as he says himself, it isn't because he has no fear of failure.  He does.  But he's learned to deal with that fear and keep moving.  He's learned that to let a failure stop you, even for a while, is to give it power, to make it bigger.  The thing about failure is that it isn't just the kind or degree of failure that makes it significant, it's the position of the failure in the narrative of your career.

Other types of punctuation, a semicolon, ellipsis, or em dash, these represent longer or more significant breaks or transitions.  But again, we move past them.  The most powerful punctuation marks, the ones that define the entire nature of the sentence, are at the end.  The exclamation mark!  The period.  And...the question mark?

Failure is a like a generic punctuation mark.  Once it's happened, you can't remove it, but you do have some power to define which mark it will be.  If you let it stop you for a bit, slow you down, throw you off, then it becomes one of those mid-sentence marks.  The faster you move beyond it, the longer the narrative that follows it, the more likely it is to become a comma, passed over, significant but barely noticed.

Let that failure hang through inaction, and you give it power.  I admit, my own career is a mess of semi-colons and em-dashes.

And woe, if you let it be the end of you, or even the apparent end of you.  Think of it: "Batman and Robin, the movie that killed George Clooney's career!"  Let that happen, let it stop you too long, and the termination mark will stick, even if you don't.  If you move on beyond that career-killing mark, you will always be known as "that person who made (or at least attempted) a comeback."  That's a very risky label to be carrying around.

What can we learn from this?

1. Not stopping is your greatest power over failure, your most effective means of damage control, and your surest path to recovery.

2. By not stopping, you take control of the narrative, which really isn't set in concrete till that final mark.

3. By not stopping, even if you drop off the radar and people forget you exist, when they do discover you again, it's apparent that you didn't stop with their lack of awareness.  You continued to write (or act, or direct, or paint, or whatever).  The failure to notice your good work and value becomes theirs, not yours.  Even if failure means you can't immediately work in the same place, or at the same commercial level as you did before, it is the continued forward motion in your field that counts.

4. Even though you think the narrative is about you, you are not the entire narrative, and the rest of that narrative will continue to evolve without you, possibly to your advantage.  While Clooney continued to work (often on less highly-commercial films) fending off the terminal mark, the Batman franchise didn't actually die.  After a pause, it was rebooted to even greater commercial and critical success with Batman Begins.  As Batman and Robin turned into an em dash for the franchise instead of an exclamation point, in turn lessening its impact on the narrative of Clooney's career.

5. Dwelling on past failure is pointless.  Learn what you can from it, and move on.  Obsessing about it further will only slow you down, or worse, stop you.  Move on, as soon as you can, as fast as you can.  No matter how massive the failure, it will be diminished by time and distance.  You have no power over time, but you can stretch the narrative of your career away from it, limited only by the speed with which you can create new work.

6. Dwelling on future failure is even more pointless.  It will happen.  But take comfort, you are not alone.  We all go through it, and we will all go through it again.  It's not to be welcomed, of course, but it can be managed.  If you are smart, if you know what to do, if you know how to handle it, and if you don't give up, you are in control.

If you've found this post interesting or useful, please share the link and consider making a small donation using the button below.  It will encourage us to do more posts like it.  Or better yet, purchase one of the many books written by J. Steven York and Christina F. York (who also writes mystery as Christy Evans and Christy Fifield).  Ebooks are available on Kindle, Nook, Smashwords.com and most other major ebook vendors.  Visit our Amazon Store.