Steve Back From Florida Research Trip

An Ebook Publisher that Caters to Indie Bookstores and Indie Authors 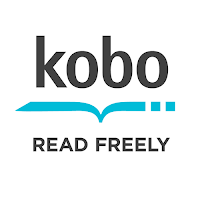 I was fortunate this afternoon to be part of a group of about 40 professional writers and a few bookstore owners to attend a presentation by Mark Lefebvre of Kobo Inc. and their Kobo Writing Life team, talking about Kobo and how they're working with writers, the ABA (American Booksellers Association) and indie bookstores. I came away very impressed with Kobo and their practices, and learned some interesting bits about ebooks, ebook marketing and how they're working with bookstores.

If you don't know about Kobo, you should. They're one of the major ebook alternatives to the Amazon and iBooks behemoths, and the biggest one not to currently be shrouded in confusion and uncertainty (I'm looking at you, Barnes & Noble/Nook). Though they're still a smaller player here in the United States, they're huge in their home country of Canada, and they have long been a major player in the world market, currently selling in 190 countries. Kobo offers their own, branded, ebook readers, and is also available through apps on a variety of devices and platforms including Android, iOS, Chrome, Blackberry, Mac and Windows.But what really seems to set Kobo apart is their approach to writers, and especially to independent bookstores. Mark is himself a published and indie-publisher writer, so he sees this relationship as one of us, and not merely a matter of a revenue stream to be exploited. He's also apparently run a bookstore, so he has a special appreciation for that business as well.

Based on Mark and his presentation and his response to questions, Kobo is working hard to meet the needs of writers, not just as they relate to Kobo, but their career needs in general, which they openly admit will involve publishing on multiple platforms, ideally as many as possible. For example Amazon is heavily promoting its "Kindle Select" program and others that require exclusivity to Amazon, while Kobo discourages exclusivity on any platform. Smashwords restricts writers from using converted files from their "meatgrinder" system to upload ebooks to other systems, but Kobo encourages people to use their converted files to publish elsewhere. And while the iBookstore, for no good reason, only allows books to be directly uploaded from an Apple computer (non-Apple users must go through an aggregator like Smashwords), Kobo will actually take a Mobi file formatted for Amazon's Kindle (Digital rights management permitting) and convert it to an epub on their system.

But the really distinctive thing about Kobo is their outreach to partner with traditional independent bookstores, both as sales outlets for their reading devices, and as partners in selling ebooks. Not only can bookstores make money selling ereaders (often to an audience that might never use Amazon or cross the threshold of an electronics store), but they can take a small share of the Kobo ebooks purchased on the devices they sell. Through affiliate links and associations with their customer's Kobo accounts, they can even enjoy a cut of sales made on apps, on the web, and through non-Kobo devices. A customer setting up a new Kobo account even has the option to list a preferred participating local bookstore to get a cut from all their Kobo purchases.

There's currently no way to designate a bookstore to associate with an established account, but they're working on it. This is one of several glitches and complications in the system as it currently exists, but Kobo is aware of them, and is apparently working hard to improve the system. There are still some glitches in their indie publishing program as well, but their direct publishing program is very new (until recently, indie authors had to go to Kobo through an aggregator portal like Smashwords) and so some rough spots are to be expected.

And not only are they working to address these, they're also building a wonderful suite of tools to place sales and marketing data in the hands of indie-authors and small publishers with a level of useful detail that I don't think any other ebook portal will be able to match. In particular, I think it's interesting that Kobo, as a truly international ebook company, will allow data to be broken down on a by country by country basis, allowing authors to optimize for individual markets, and to focus promotion on markets where they enjoy the best success.

A lot of ground was covered in the presentation, but here are a few bits of information that I found to be of particular interest:

Ebook pricing: The 99 cent book is a non-starter these days. It's become a price ghetto, and Kobo makes (after credit card fees and costs) nothing on a 99 cent book. They may even lose a little money. Mark encourages authors not to undervalue their work, and had sales graphs demonstrating that more expensive books sell. There is a sweet spot beyond which sales drop off, but it varies by country and genre. But on average, for novels and in the US, that sweet spot is about $6,99.

Foreign markets are generally acclimated to higher prices. The exception is the UK, where consumers are used to lower prices. While U.S. traditional publishers has worked to keep prices high, UK publishers have for some reason taken to pushing prices down in a way that doesn't serve anyone's best interests.

On higher pricing, he sited an experiment in which romance author Deborah Cooke raised the price of one of her titles on all ebook platforms by a dollar (I think the actual change was from $5.99 to $6.99). On Kobo, sales were up. On most other platforms, they either stayed the same or went up. The sole exception was Amazon, where sales plummeted. Apparently Amazon customers are more price sensitive than other ebook buyers. But the interesting thing is that, after a few months, Amazon sales returned to normal. So even there, the customers eventually learned to ignore the higher price.

But Mark reports that free titles, as opposed to 99 cents, can have promotional value if they're used wisely. They work best in promoting series books, though short-term zero-prices can also boost sales on the once-free title and on other books by the author.

One other bit of advice that I found very interesting, and which should apply to any ebook portal selling outside the U.S. also applies to pricing. Mark cautioned against leaving "money on the table" when pricing foreign books. That is, the automatic currency conversions used by most portals will result in odd prices like 3.84 or 7.28. Mark recommended manually rounding up to the next .99 increment in each currency. Yes, it may only be a matter of a few cents, but it ads up over time, and more importantly, changing the price in this way has proven to actually increase sales. The odd prices somehow look unprofessional and turn off book-buyers. They're used to seeing books priced with the .99 prices, so you should give it them.Kobo is currently in the process of restructuring their royalty structure to place most original-content ebooks at the higher 70% royalty rate. Exceptions including books at $2,99 or less (Mark said they had tried to move this point down to $1.99, but that standard had pretty well been locked in by Amazon), and repackaged public-domain works will drop to a refreshingly tight-fisted 20%. This is aimed at "book mills" that take an existing file of a public domain classic, slap on a bad cover, and scatter-gun it to every platform in a spam-like fashion, in hopes of making money just on sheer bulk. As Mark said, "we value original content. We don't need another bad edition of "Pride and Prejudice." (He did make one distinction though. "But if you do 'Pride and Prejudice and Zombies,' that isn't public domain, it's genius!" )

Kobo is now owned by the same parent company as Pinterest, and they focus a lot of promotional effort on that platform.

Mark also talked a great deal about the importance of metadata in making ebooks discoverable and in selling the author's other books. In particular he stressed that in series fiction the series data has to be entered consistently across all your series titles, otherwise they won't link up. Most interestingly, this is an area where many traditional publishers are falling down. "One intern enters it one way, and then another intern enters it a different way." This could be hurting sales of traditionally published series books, but once again, the publishing juggernaut rolls blindly on.

There's a great deal more that I'm not getting to here, including their promotional work with the American Booksellers Association, Kobo's up-and-coming (but still a bit clunky) author coupon program, their promotional efforts through emails, podcasts, and blogs, and Kobo's desire to work on with established authors on promoting their books. But it's getting late, so I'm going to move along for tonight.Let me just end by saying that I came way much more enthusiastic about Kobo than I did going in. They're still an underdog in the bigger ebook marketplace, but especially in non-US markets, they're one to watch. And given their culture of working with and supporting indie authors and indie bookstores, they're well worth supporting.

You can find out more about Kobo's partnership with the ABA and find a local participating bookstore here.


If you found this post interesting, informative, or useful, feel free to use the "tip jar" link below to show your thanks, and to encourage us to write more posts like it.